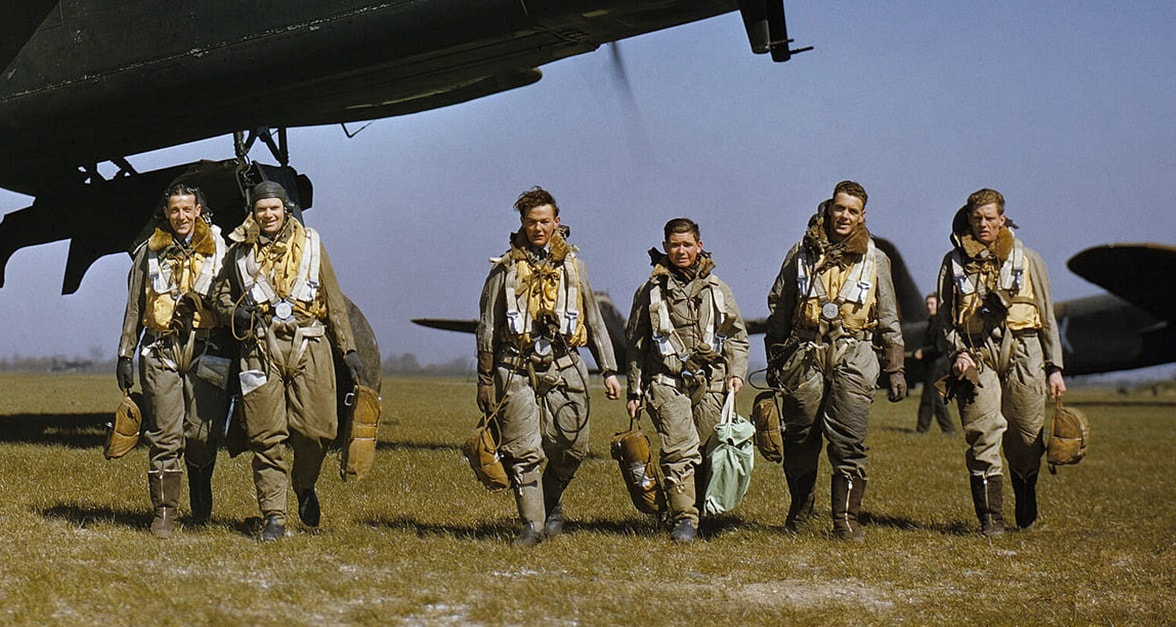 Adopted by the RAF in February 1933, the Observer parachute was employed extensively by English, Canadian, and later by US fliers.  Increasingly forced to bail out over the Atlantic, US airmen of the VIII bomber command clamored for quick-release parachutes like their British counterparts. Beginning in November 1942, thousands  of Observer harnesses were transferred into US hands.

This exact replica is built with period materials according to the original construction. The period drab brown canvas is bias cut as it should be and features accompanying NOS original webbing. The heavily reinforced container is complete with all internal seams, flaps, and hesitator loops for the suspension lines. A steel solid drawn wire frame firmly holds the pack rigid. The ensemble is complete with period style bungees, original RAF chrome plated ripcord, and cadmium plated harness D-ring connectors. 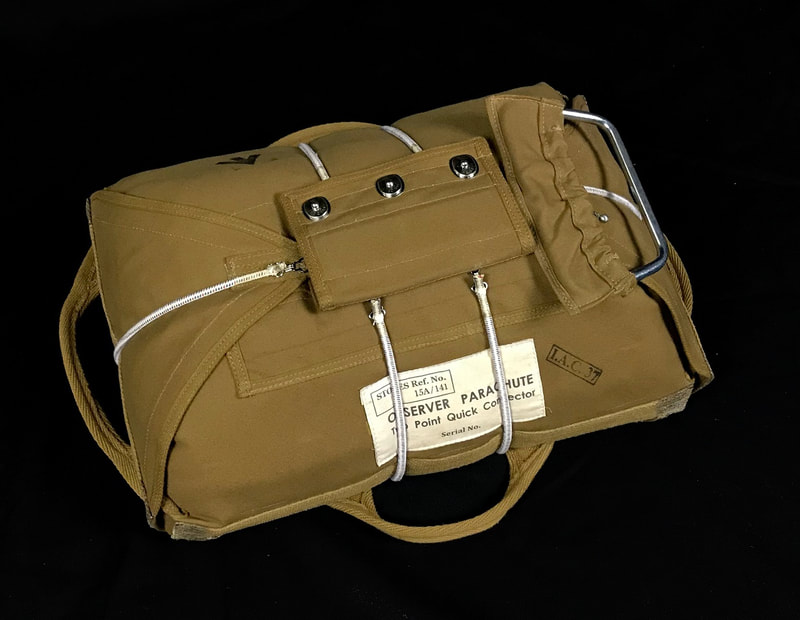 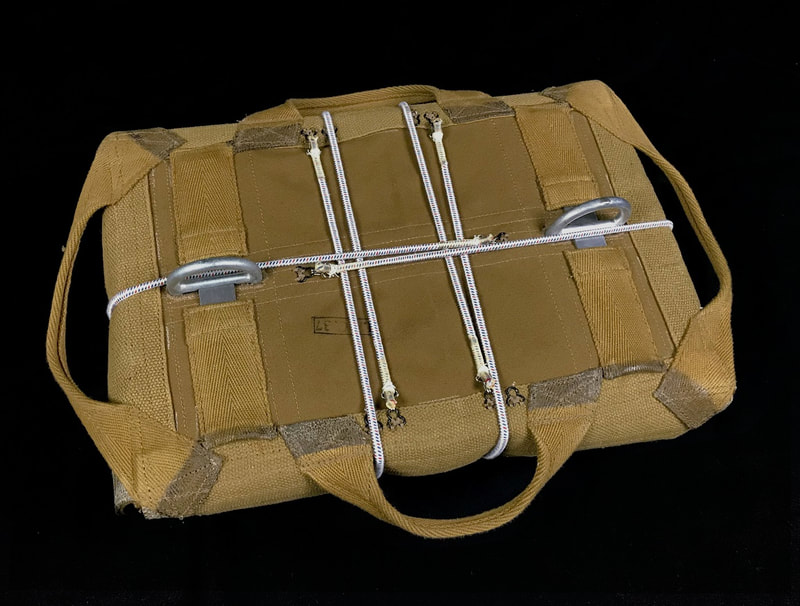 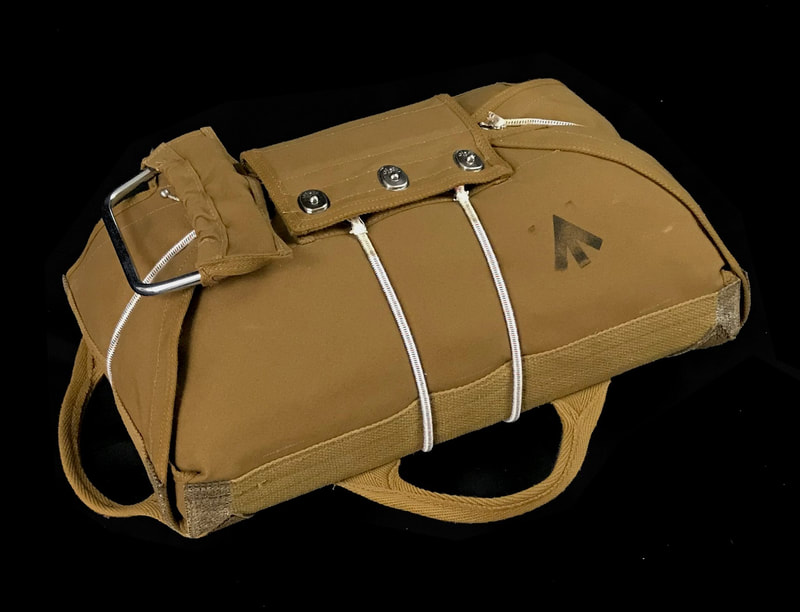 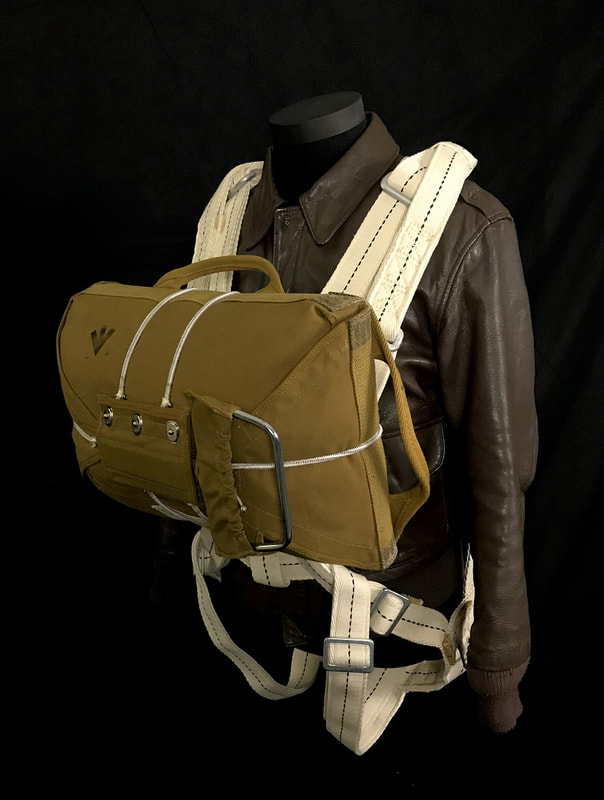 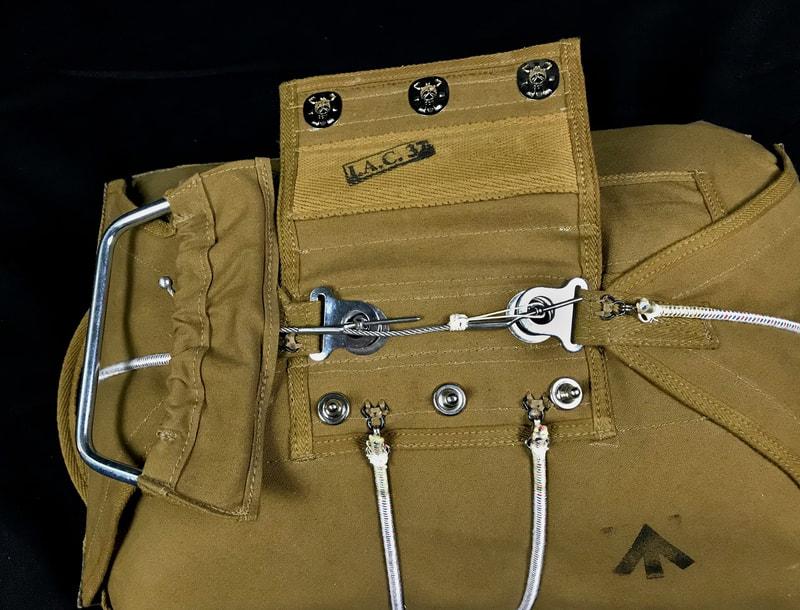