The T-7 parachute assembly was standardized on  March 13, 1944, but did not see service in-theater until late 1944. Although pack trays remained virtually identical to the T-5, the new single point release harness was introduced. The harness took a step away from the double layered Type VIII black dot webbing and instead used a thicker, single layer 5,000 lb Type X webbing.The earliest T-7s were manufactured with the OD painted hardware, but by early 1945, cadmium became standard.  At this time, a mixture of 4th and 5th model static line snap fasteners were used.The T-7 continued into the postwar era with numerous minor modifications. The T-7 soldiered on until its replacement by the T-10 in 1954.  See also the  T-7 to T-10 Transition page.

We offer both the WWII and postwar style T-7.  Our replica T-7 harnesses  are made from original olive green Type X cotton 5,000 pound webbing and sewn with heavy cotton cord. The harness has either the early pattern OD painted hardware or later plain cadmium (QRB lugs remained cadmium on both models). The assembly is complete with the B-2A “Dial of Death” and WWII style leather pad. A cadmium plated V-ring is "rigger sewn" at shoulder level for the attachment of the griswold bag. The OD canvas pack tray is complete with the a 5th model static line hook. 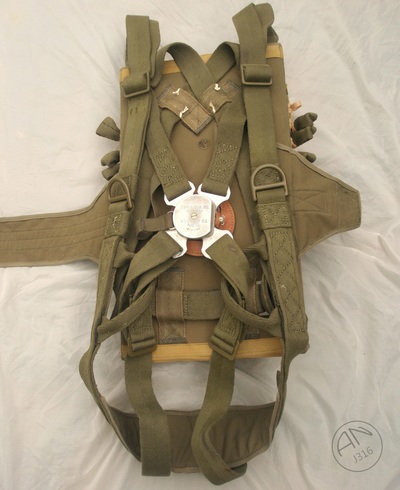 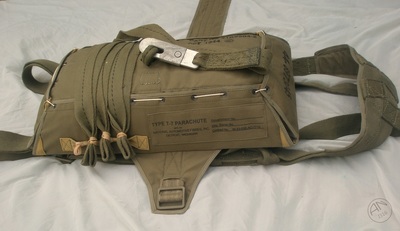 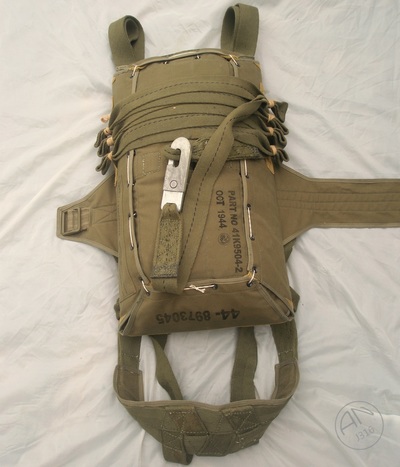 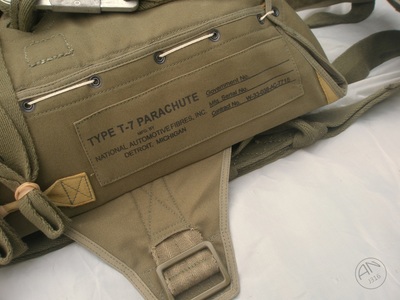 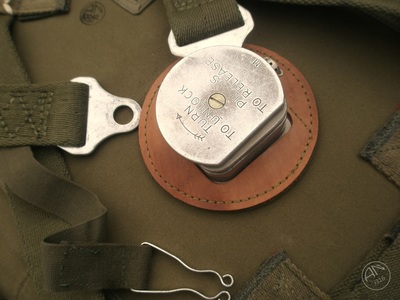 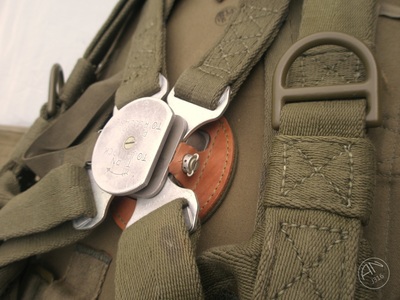