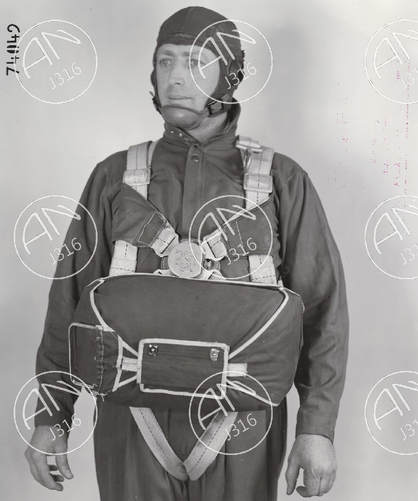 Irving Quick Release Box prototype (2nd Model). Wright Field, April 1941
Had it not been for an accident in 1941, American paratroopers would have made every combat jump with a quick release parachute harness. After the successful adoption of the T-4 parachute, the engineers at Wright Field continued work on its processor, the T-5. On April 23, 1941, after 107 successful dummy drops, Wright Field sent three experimental prototypes to Fort Benning for live jumps.

​The first prototype incorporated snap hook closures, the second featured the Irving Quick release box, and the third was equipped with a less complicated quick release device designed by the Material Division. With live testing completed by the end of May, the reports stated on Jun 13, 1941, that “All parts of the Type T-5 parachute with the Irving pin type release quick release fittings have been thoroughly tested and this parachute should be made standard equipment.” Thus, the T-5 with the quick release box was slated for widespread issue.

Around this same time a contract was let with Irving for 2,750 T-4 assemblies, but quickly converted over to the new T-5 quick release assemblies.  Assembly progressed, and the first batch of 50 new quick release parachutes were forwarded to Fort Benning on July 25.

Telegram to Wright Field dated August 11, 1941
However, they were in use for less than three weeks when an inadvertent release doomed the project. At 8:18 PM, August 11th, 1941, Wright field was telegrammed stating that one of the new T-5 quick release parachutes malfunctioned during a drop test. 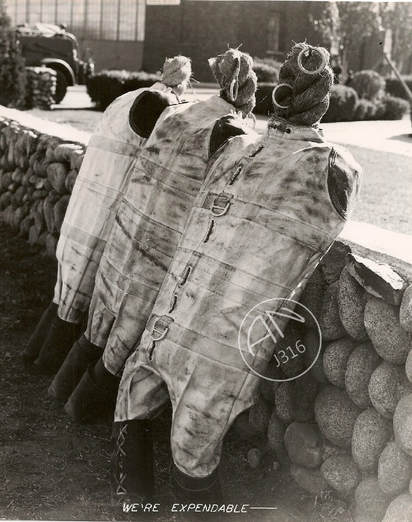 Drop Test Dummies: Canvas, heavy rope, and lead shot bag weights
As the parachute deployed at 1200 feet, the harness released and the dummy slipped free from its restraints, plummeting to a dusty impact seconds later in front of a host of dignitaries. Although the investigation did not identify whether personnel handling the testing or the device itself was at fault, the story goes that as Oscar the test dummy was manhandled into position at the aircraft door, the release button was inadvertently rotated and depressed.

​ This was the final nail in the coffin, as the paratroopers were already paranoid about hardware failures. Over the past several weeks,  static line snap hook springs had failed, resulting in static lines unhooking as the paratrooper jumped. Quick wits and the rapid activation of the reserve parachute saved the troopers from certain death. But on August 11, the same day of the quick release box incident, yet another static line unhooked. It was in this sensitive atmosphere it was decided that an entirely “foolproof” harness was required.

​According to the report, “The Irving Quick Release Device provided a method of immediate release; however, tests disclosed that it was deficient in providing the necessary safety factor and could be inadvertently released by the parachutists, thereby releasing him prematurely while descending.”

Report on the T-5 quick release harness
Outside the Benning circle, Wright Field attempted to calm fears on August 13 by noting its extensive use by foreign countries, and promised to quickly adopt a safety pin. The paratroopers remained unconvinced however, and requested that the T-5 harness be changed to the snap hook style. This was echoed by a conference on August 27, which reiterated that “no available type quick release box is considered satisfactory”.  However, skeptically noting its extensive use by foreign governments, it was decided that 550 quick release T-5’s, enough to equip one battalion, could be used in the interim period.

By September 3, 1941, the provisional parachute group had on hand 330 quick release T-5s. Production on the T-5 quick release harness order was to be stopped, and a change order made specifying all harnesses to be produced with snap hooks closures. This order was made on September 5th, 1941, with Irving promising 100-150 parachutes weekly. Due to the contract changes, Irving made claims of $6,135.41 to the contracting office on November 28, 1941. Although the Experimental Engineering Section recommended that development of a suitable quick release should be expedited, sadly it would take several years for this to happen. And thus the T-5 parachute, unshackling itself from the quick release, became the iconic American parachute of the war with its classic three snap hook closures. ​ 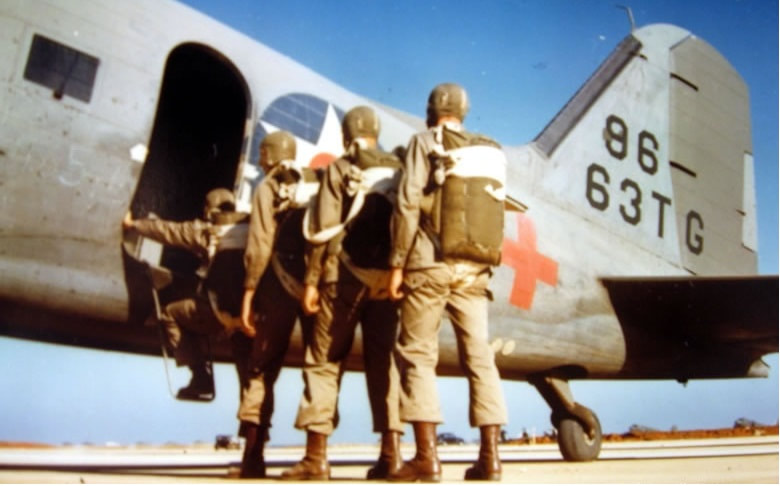 The iconic T-5 parachute, with its three snap hook closures