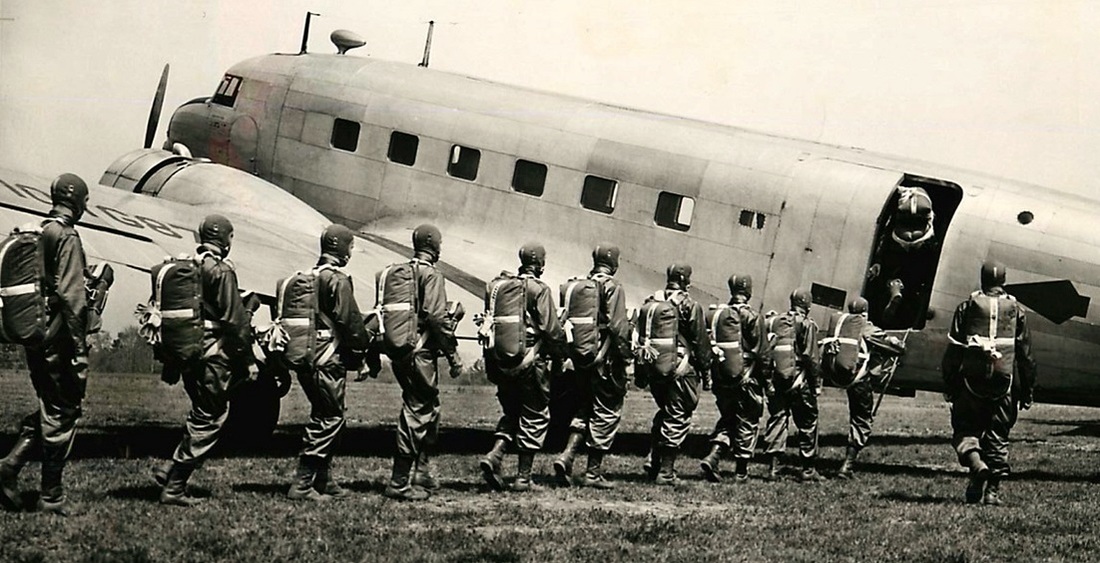 The T-4 was the first parachute specifically designed for troop use. Developed during the spring of 1940, it was a static line version of the prewar T-3. The T-4 was delivered to Fort Benning in May 1940 and saw extensive use with the original Test Platoon, the early 501st Battalion, as well as  in Panama by the 551st PIB as late as 1943.
​The T-4 featured the standard AAF type bayonet connection harness  and a shallow pack tray mated with the characteristic box-like cover to  encapsulate the canopy. The static line was S-coiled under a single rubber retaining band and employed a large, heavy, simple static line snap hook.  The cumbersome reserve was loosely slung across the chest via two snap hooks and was permanently attached to the harness via an extra set of risers. 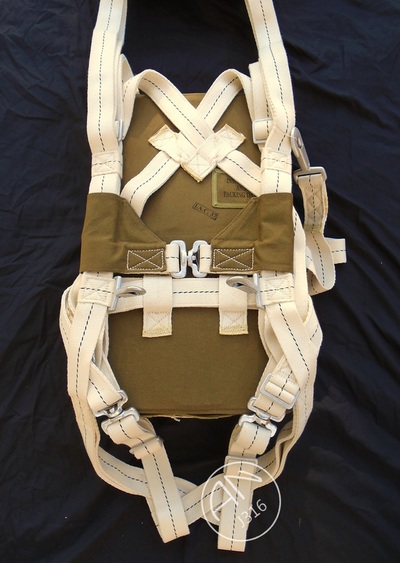 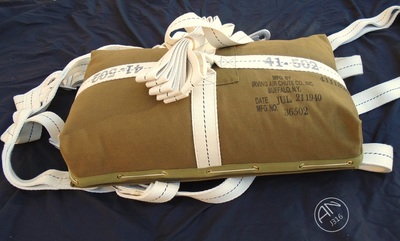 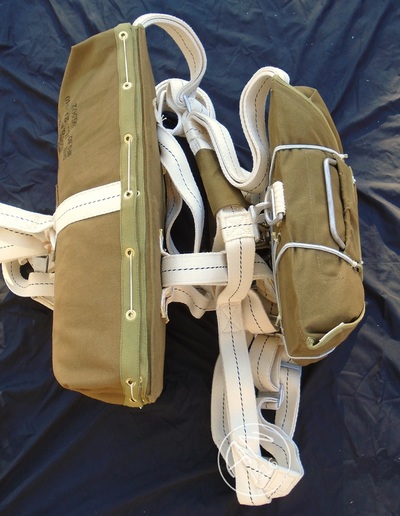 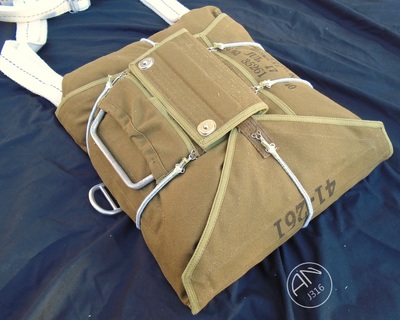 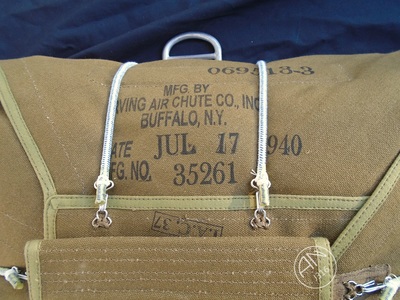 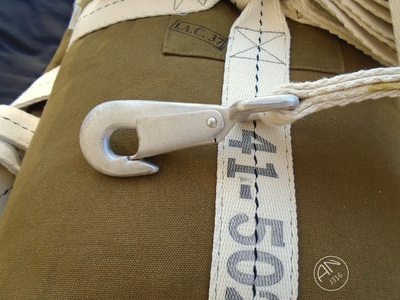