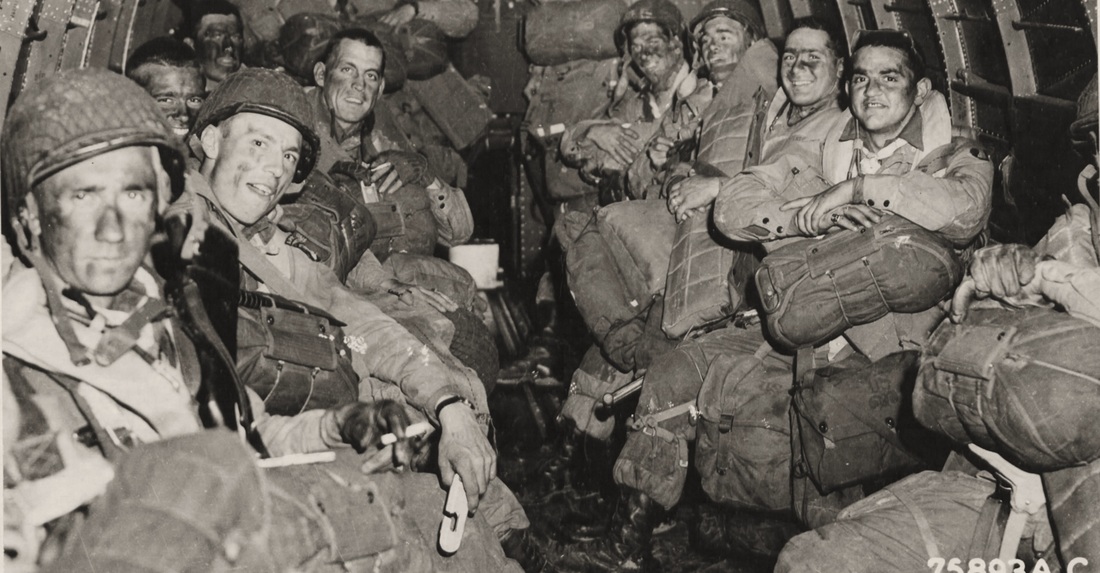 In December 1942 the larger 24' reserve was adopted, which we refer to as the 43H pattern. This style saw extensive use throughout the war, seeing action in all major combat drops except the 1942 North Africa landings.  This style is identified by its larger, more rounded appearance, single carry handle on the ripcord side, and twin center "belly band" loops.  Originally both troop and aircrew escape variants of the 43H drawing were marked AN6513-1A. It was not until mid 1943 that the USAAF designation was dropped and "T-5" substituted; however, many manufacturers such as Reliance continued to mark T-5 chest packs with the old nomenclature well into 1944.


Our reproductions copy the originals in every detail. These feature period canvas, original red ripcords, and unlike other cheap repros, we use the correct larger style bias constructed pattern. The pack is built with all internal reinforcement webs, hesitator loops, and pilot chute flaps. The painted snap hooks are hand-tacked to the pack frame just like the originals.  Belly band loops and ripcord pockets vary according to the date of manufacture. 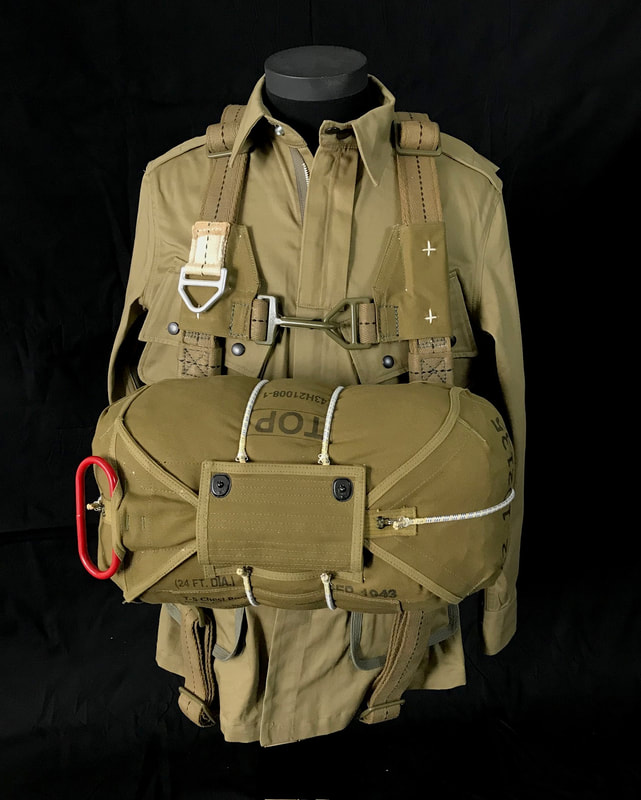 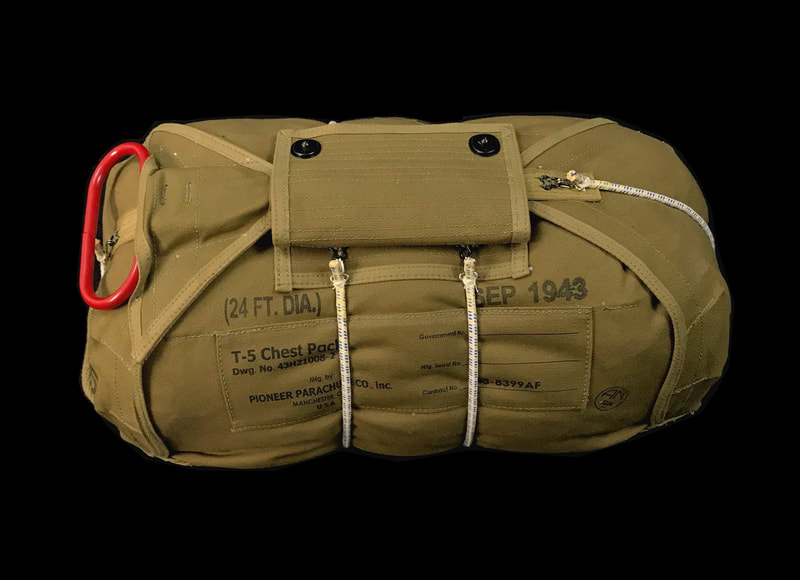 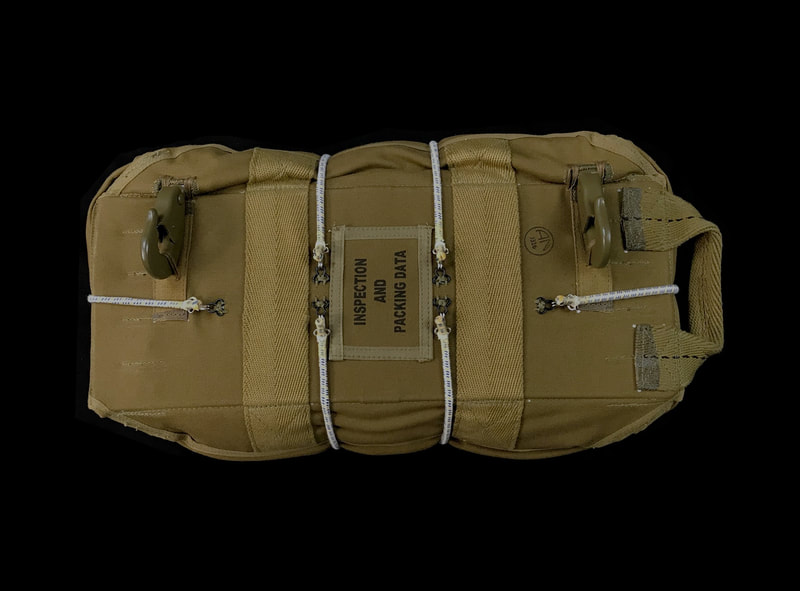 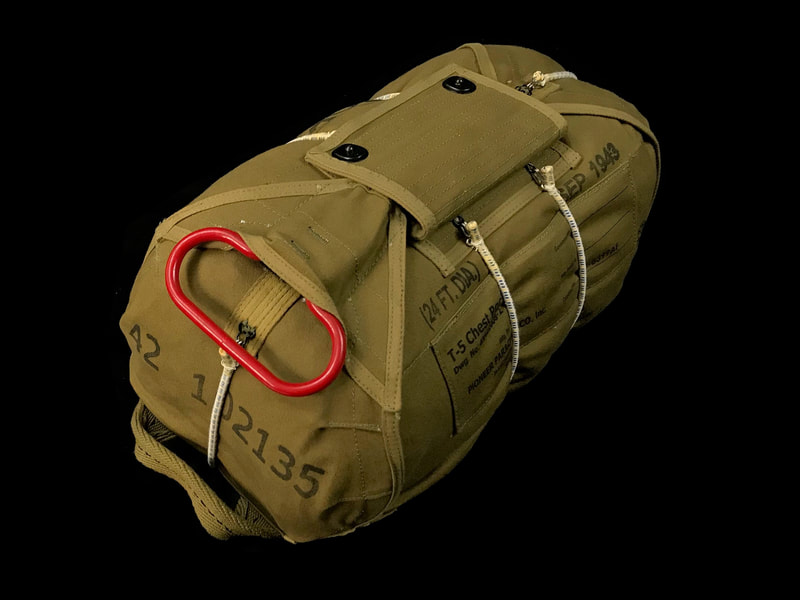 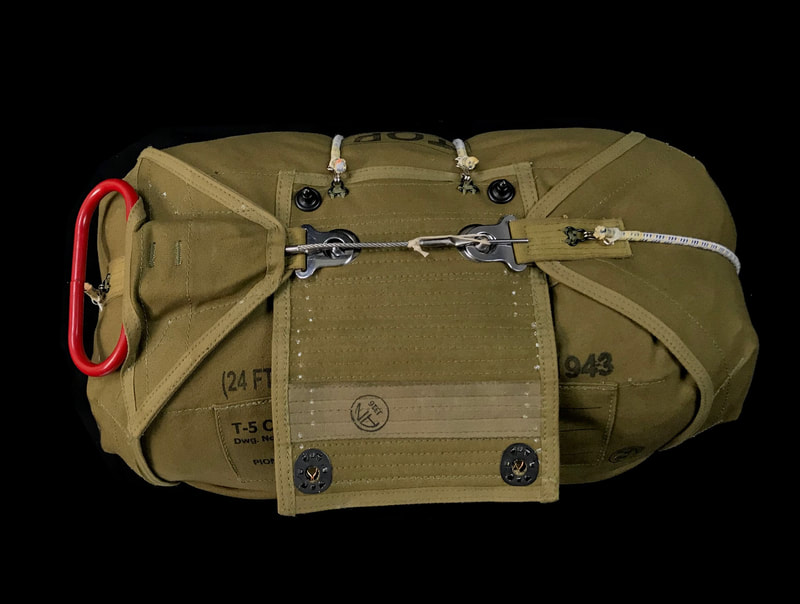 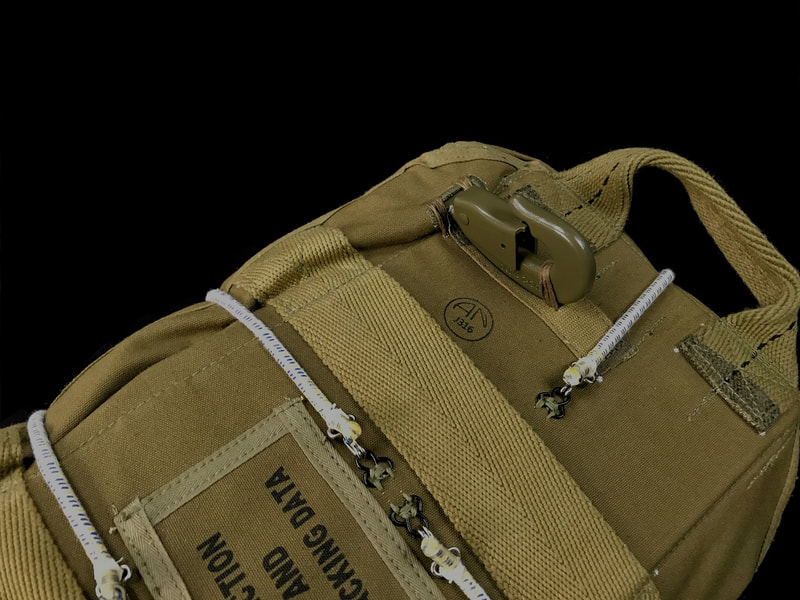