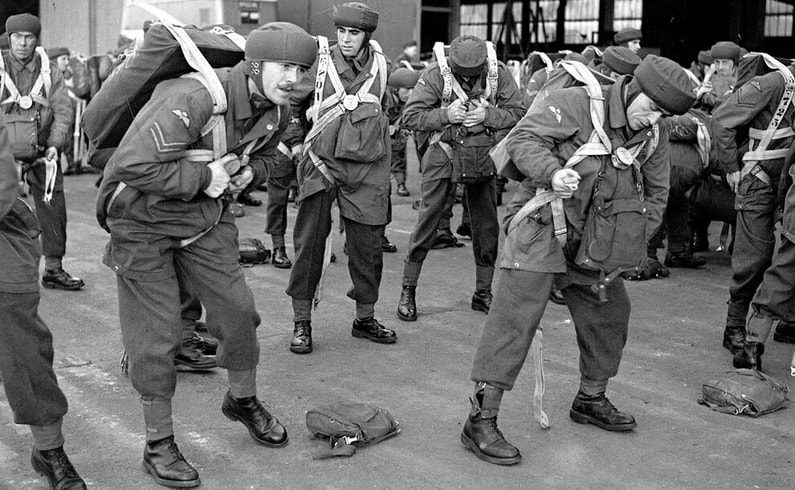 The British X-type troop parachute was a highly successful design resulting from the cooperation of two competing firms, GQ and Irvin Air Chutes.  Adopted late in 1940, it continued in service with several modifications through the end of the war. Unlike US parachutes,  the X-type did not have a reserve parachute, but instead was provided with an internal deployment bag.  The MkII (15A/503) saw action in 1944, and featured an improved pack and deployment bag. The static line was now stowed internally and rigidly controlled to prevent it from whipping about in the slipstream, and the internal details of the deployment bag was more complex. The MkII saw limited use in Normandy and was common by Arnhem.

This replica harness is built with double layered Type VIII black dot webbing and sewn with ultra heavy Irish linen 7-cord. The harness features the rare wartime style fully-circular quick release box, and is equipped with the characteristic square hip rings and chrome adjustment adapters. On the MkII, the bang box releases all 4 lugs and has its own adjustable retainer strap.  The pack tray, built with period cotton duck, features the 6mm thick textile base plate which provides stiffness and body to the pack.  A thoughtful grommet and Lift-The-Dot snap arrangement permits the pack to be detached from the harness via the 4 harness keepers.  Internally, the pack tray base has all the loops, webs, and ties for static line stowage. The static line terminates in a heavy stainless steel V-ring with triple box-x stitching.


Available in the "standard" version with "display" internal deployment bag, or the "premium" model with all the internal flaps, loops, and webs (all hidden when packed). Both models have full internal details on the pack tray. 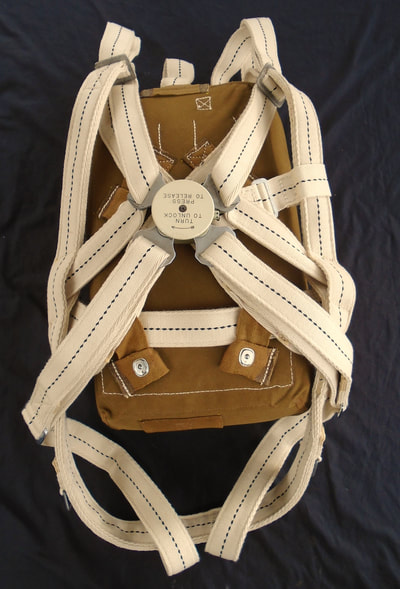 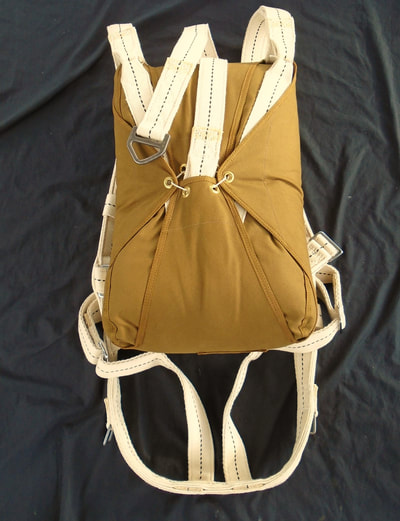 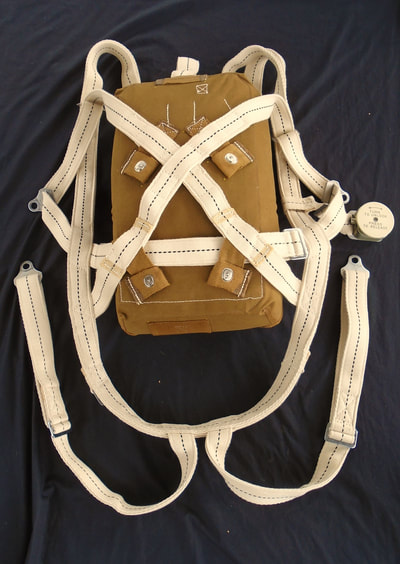 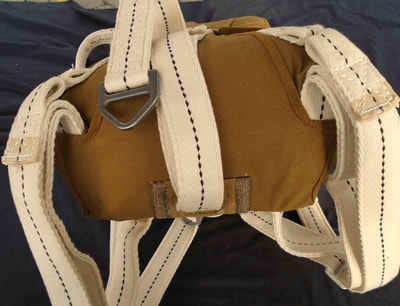 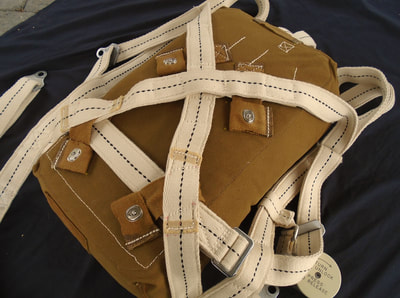 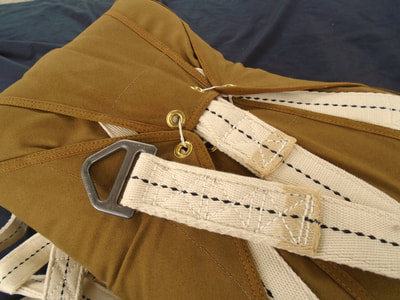