The A-3 harness and pack assembly replaced the earlier AN6513 rig.  The new pack had D-rings on the pack and featured a two-piece design characterized by more squared-off contours and smaller pattern which was more conducive to mass production.  Originally equipped with a single carry handle, late models incorporated three handles and a more heavily reinforced  design.  As with the harness, packs began to be marked with yellow paint in May 1944 to distinguish them from the similar AN6513-1A packs.

Our reproduction faithfully copies the first pattern A-3 pack which saw extensive use throughout the war. The elasticized ripcord pocket, single carry handle, and phenolic D-ring stiffeners complete the first pattern style. Equipped with either the red or unpainted ripcord handle. 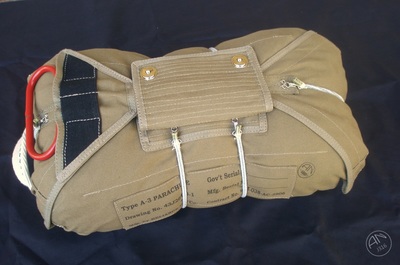 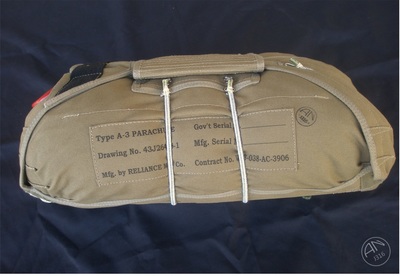 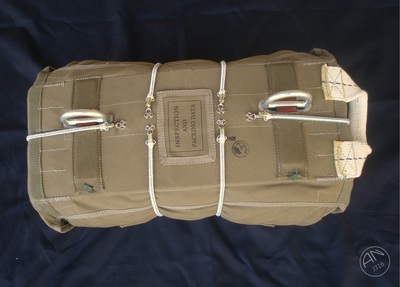 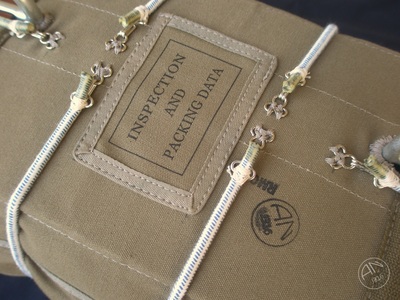 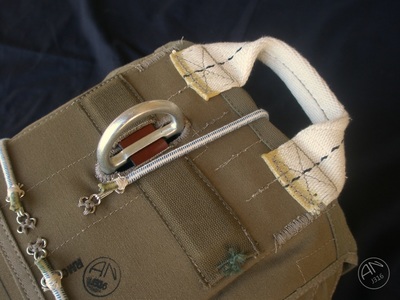 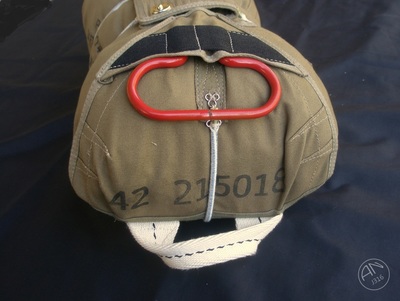