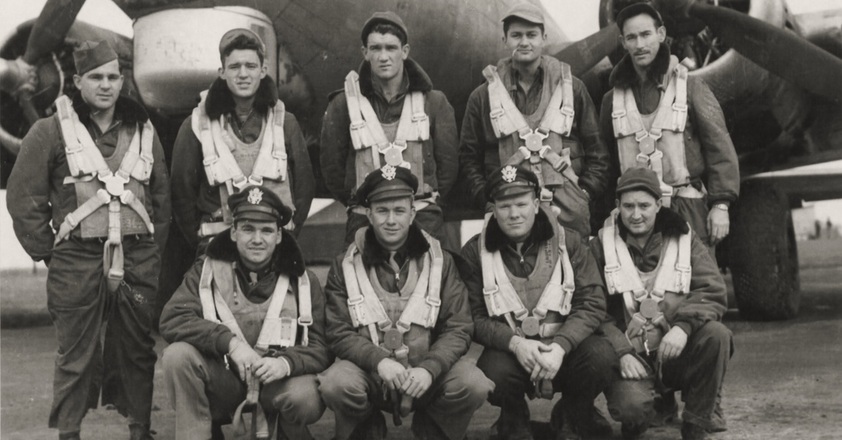 The quick-release A-4 fulfilled the continued demands for a quick release harness similar to the British Observer type. Superseding the three-point release A-3, the improved A-4 was an almost direct copy of the British pattern. The A-4 featured the new single thickness Type X webbing and was mounted to a novel zippered back pad which kept the harness straps from snagging in the aircraft.    Components for the A-4 were standardized in December 1943 and saw limited use soon after, but the complete assembly was not officially standardized until the following December.


The harness features original Type X webbing with an Oneida quick release box (QRB), one of the original manufacturers during the war.  Rings located on the saddle for attachment of a life raft come standard.  The folded risers are full length and have the late war yellow markings.  The assembly is complete with the characteristic zippered back pad which is secured with a Talon zipper. It features original OD green canvas and contains the correct felt pad. 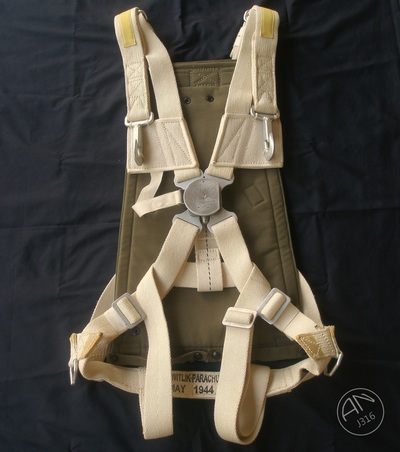 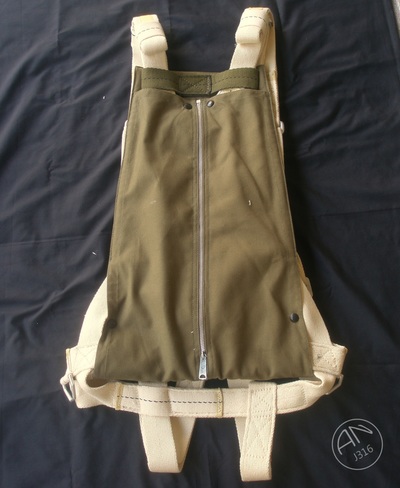 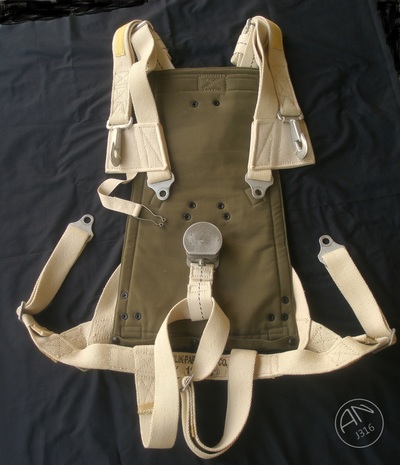 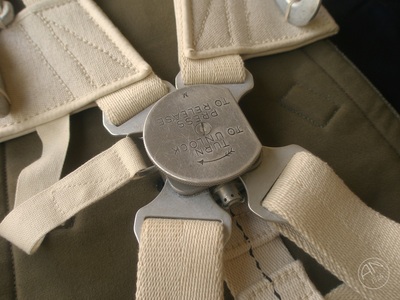 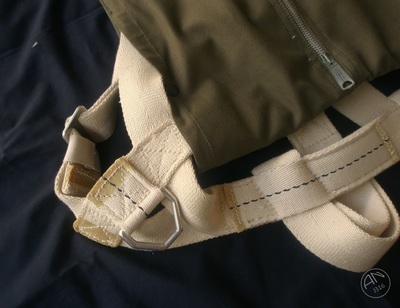 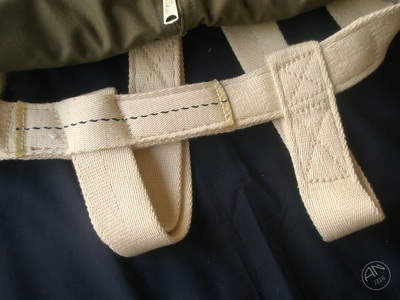