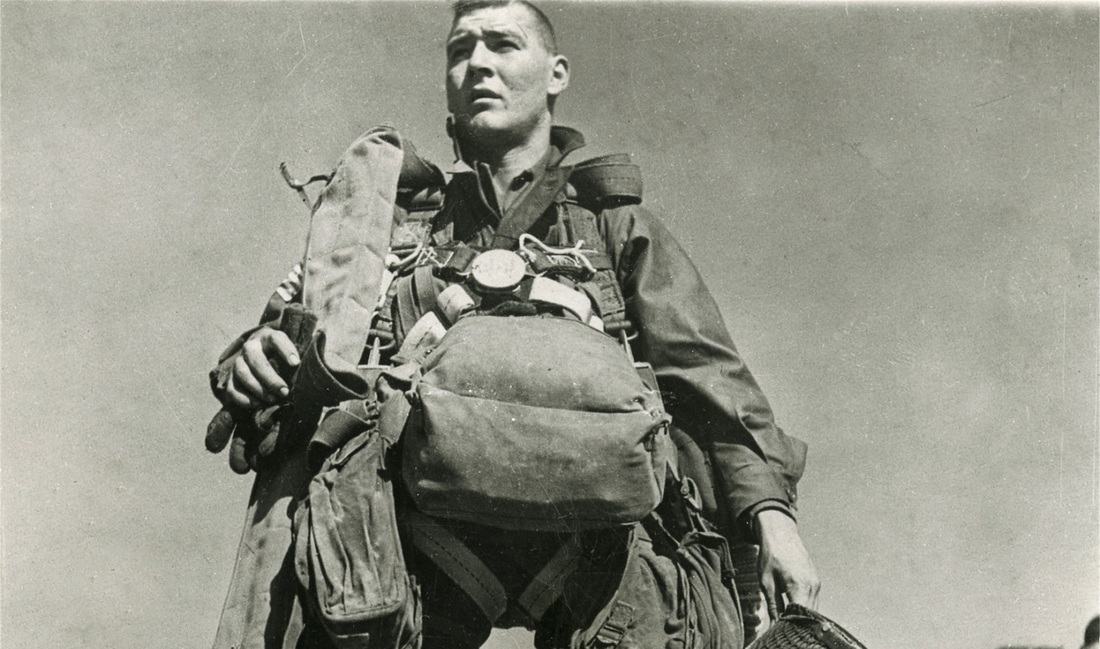 Although the Normandy fiasco expedited the change-over to the quick release, by Market Garden only enough were available to equip the 101st ABN. Thus, during the winter of 1944, a second generation of T-5 surfaced with far more substantial modifications. Instead of simple clip-on extensions, entirely new white leg straps were spliced into the harness saddle. While this second version may have OD or white chest straps, the new leg straps will always be found in white. Stitching characteristics also vary between Holland and Varsity chutes. These chutes equipped the 17th airborne for the Varsity jump into Germany and continued in use through the summer of 1945.


Using the standard OD 2nd pattern Normandy harness,  new white leg straps and either OD or white chest straps are substituted in. These modifications use the correct type VIII webbing, white webbing with painted hardware for the leg straps, and white 5-cord cotton thread roughly sewn "rigger style."  A square of original brown WWII airborne horsehair felt is mounted underneath the box, and the safety pin is attached with a short length of white Type III parachute cord . 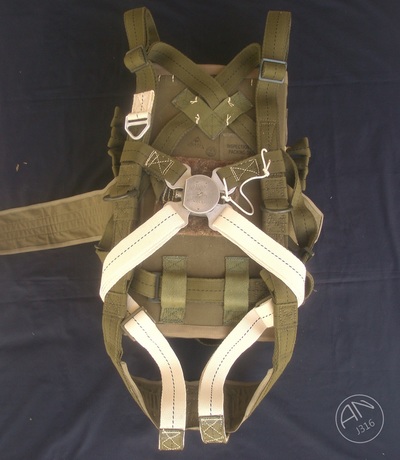 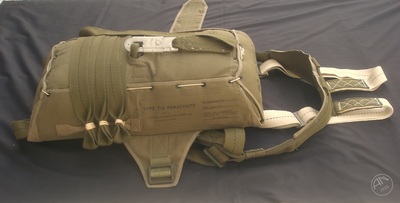 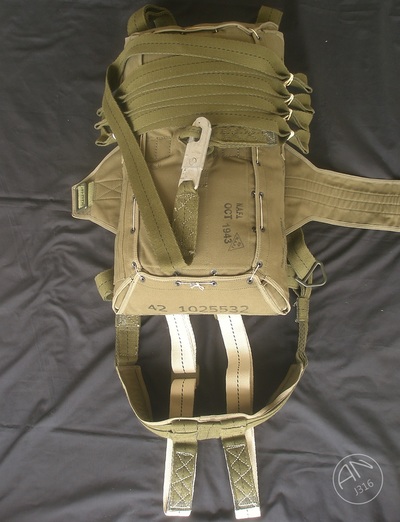 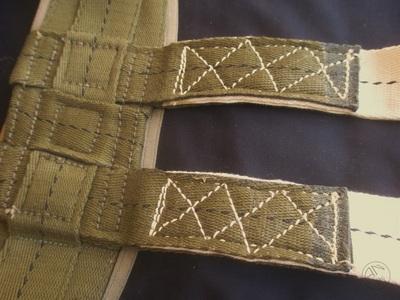 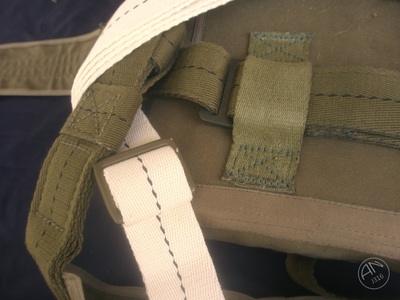 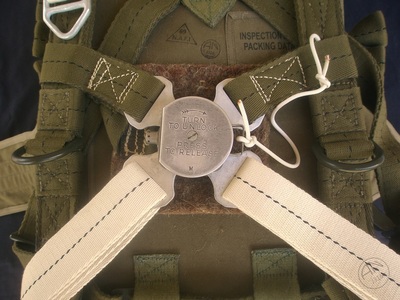